My Orientation and Mobility Testimonial By Rocky P. Hart. The date was December 25, 2019. It was Christmas morning, and per family tradition, we opened most of our Christmas gifts that day. Historically, the gift I receive from my mother and stepfather is the highlight for me.

My Orientation and Mobility Testimonial By Rocky P. Hart.

The date was December 25, 2019. It was Christmas morning, and per family tradition, we opened most of our Christmas gifts that day. Historically, the gift I receive from my mother and stepfather is the highlight for me. I don’t generally ask for materialized items, so when I do receive one it is usually something very beneficial. I had just turned seventeen, and my mother gave me a rough idea of what my gift this year would be. She stated that several people contributed financially to the cost of the gift and that she is confident it would be something I would use for the rest of my life. SO what, exactly, was this mystery gift?

As it turns out, it was a smart cane purchased through WeWalk, a company in the nation of Turkey producing a cane which not only allows for individuals with vision loss to navigate their environment but to do so with GPS technology via an application on one’s smart phone. The cane also has the ability to vibrate to detect obstacles in my path.

When I initially received the gift, I was very excited about it. I had heard about this cane for several months, and my family had invested hundreds of dollars into it, so I would most definitely make use of it. The first time I used the cane, I did not understand exactly how to use it or how it was to operate. My mother and I attempted to troubleshoot the issues we were facing through the mobile app, but no significant change occurred. It was not until early January, when I began to work with my Orientation and Mobility instructor at the Minnesota State Academy for the Blind that I began to clearly recognize just how problematic this device could be. She made a comment of concern that the device could be a distraction for me when it is used to navigate, and as a DeafBlind individual, it was imperative that I be given as much information about my environment as was available. After less than a month, I decided to stop using the cane altogether. I recall, however, that after hearing her concerns, I found myself in anguish over how I could possibly gain the skills I required to travel independently. She asked me if I had heard of the Helen Keller National Center. I told her I had not, but shortly thereafter, I began conducting research on the center. I went to its website and learned that it is located in New York and leads the nation in training individuals who are DeafBlind. Five months later, I began my virtual assessment with HKNC, and over a year after that, I began my in-person experience at the center. But how, exactly, did I get to this point? Certainly it involved more than just a defective mobility device.

When I was four months of age, I was diagnosed with Norries Disease, a genetic condition which almost always leads to blindness. Shortly after my diagnoses and a failed attempt to restore my vision, my family learned they must settle for the fact that I will never see. There are some who have been blind since childhood who have vague visual memories. I have none of which to speak; my entire world is based on either auditory or tactile information.

When I was six months of age, I began to receive early intervention services, one of which was Orientation and Mobility.

At that age, concentration was on conducting a basic assessment of my ability to sit alone and eventually crawl, which I rarely did according to my mother. After my first birthday, I was introduced to both a Hula-hoop and a PBC pipe which would be used as adaptive mobility devices. The intent was that I would learn about space in front of me and become more familiar, yet safe in exploring my environment. At two years of age, I was introduced to my first cane. It remains in my mother’s memory collection to this day. It was 28 inches in length, and a rolling ball tip which I could use to maintain constant contact tactually with my environment and anything within it. I recall growing up that while I knew that my cane was an important tool in my life, I was very insecure in using it. From my early childhood years until I reached fifth grade, I only used my cane during school or field trips, and most of the time, my family had no objection to this. I frequently received human guide, but it was often at a level which caused me to not to develop my travel skills to a sufficient level.

Upon conclusion of my fifth grade year, I began to read literature from the National Federation of the Blind, an organization which strongly advocates for individuals who are blind to use canes for mobility among many other things. I found what I read to be appealing, and this, along with several avoidable experiences, changed my attitude about the cane. Over the course of just a few months, the insecurity I had felt regarding the use of my cane had completely vanished. I saw the cane for what it was: a symbol of independence and freedom which I as a blind person could carry proudly. During the winter of 2012, yet another dimension was added to my O and M Journey.

I turned ten years of age on December 21, 2012. This was, ironically, the day when the world was coming to an end because it was the last day on the Myon Calendar! As it turned out, the world did not end that day, but for me, a new faze of my life began.

The next day, December 22, I began to develop symptoms of a bad winter cold. I do not become ill often, but it happens on occasion, as it did this particular winter. Christmas was a bit different for me that year in part due to me not feeling well. BY the beginning of 2013, I had recovered, and during the second week of January, I was due for a hearing test. The test demonstrated that I had a mild hearing loss in my left ear. Given that I had just recovered from a cold, my family and me assumed that this loss was nothing more than a lingering symptom of it, and that my hearing would eventually stabilize and return to normal. There was someone within my circle—I believe it was my mother—who wished for my hearing to be checked again to verify that nothing else was causing my hearing loss. Incidentally, I performed worse on the second hearing test than I did on the first, indicating that this was far more than just the result of a bad cold. After several additional tests and appointments with an audiologist, it was determined that I was, indeed, losing my hearing. By May of 2013 I had developed a mild hearing loss in my left ear, though it was enough that I qualified for a hearing aid in that ear. The hearing loss was in my inner ear and was assumed to be linked directly to Norries Disease. This was verified to be correct a year later, when an MRI revealed that there were no underlying conditions or tumors that were causing it. In 2016 I was fit with a matching hearing aid for my right ear, and I have switched hearing aids twice since then.

For the first five years of my hearing loss, it was barely noticeable to me. I knew intellectually that my hearing was going, but it did not have a major impact on my daily life, and all seemed to be going well for me. This was also true in Orientation and Mobility, and my instructors believed that there was no reason to modify my lessons from what others who are blind with normal hearing were being taught, because my loss of hearing was not severe enough that I could not rely on auditory information. That was true until I reached High School. It was during my freshman and sophomore years of High School that I began to notice an increased difficulty in localizing sounds in my environment and developed a deficit in communicating with others from a distance. I had not developed the ability to distinguish parallel from perpendicular traffic at an intersection, and my hearing loss did not make it any better. This was one of many factors which caused me to question my ability to care for myself upon graduation from High School. It was during this time that I began to learn about the Helen Keller National Center, and upon recovery for the COVID 19 pandemic, I was finally able to receive the training I required in January 2022.

My Orientation and Mobility Instructor was Peter Cohen. He conducted my O and M assessment remotely during the summer of 2020, and we began to have in-person lessons upon my arrival at the center. By this point in his career, he had worked with many individuals with varying degrees of vision and hearing loss, and many tended to enjoy working with him. I was no exception. All of this being said, I realized very quickly that his approach with me was far different from that of any other instructor with whom I worked. One of his initial goals was to transition me from using auditory clues and landmarks to navigate tactile information. He reasoned that since my hearing loss was progressive and that I could not localize sound to orient myself, I needed to learn how to gain as much information as possible by touch or feel. With regard to street crossings, he introduced me to a street crossing card which I could hold up while at a street corner soliciting assistance with this task.

This is the transition in which I am currently engaged and while it has been difficult, I believe that in the end it will greatly benefit me. I do not know the extent to which my hearing loss will worsen, but it has historically progressed gradually. It is possible that I will have a need for cochlear implants in order to hear well. If this occurs, I know that I will have acquired the skills necessary to function after having been trained at HKNC, and there is a possibility that I may return to the center—either as a consumer or employee. I know that if I do, I will receive support from them. I am beyond grateful to staff and instructors for their work with me, and I know that I will be better prepared for what will come next! 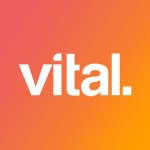